MILITARY DIVORCE: Our firm provides legal representation for military members and spouses of military members.  Military Divorces include issues that are different from regular divorces since there may be a military retirement to divide.  Federal law provides some of the basic rules for a military retirement division, while state law provides the law specifying how the percentage is calculated.  Our firm represents military clients in Iraq, Afghanistan, Germany, Japan and all over the world.  Over the years we have helped our clients obtain summer visitation in Japan, enforce orders from Germany and obtain custody of children.  We have convinced the Courts to allow a divorce by testimony of the husband and wife while they were in stationed in Italy.

David Hesser is a Board Certified Family Law Specialist by the Louisiana Board of Legal Specialization. Our attorneys recently were selected as presenters for the JAG Corp. Continuing Legal Education Seminar at Ft. Polk, Louisiana in November of 2014.  Trey Flynn presented detailed information concerning DWI issues to the attorneys at the seminar.  David Hesser presented military divorce issues to attorneys at the seminar.  Our firm recently won the case or Ast v. Ast at the Third Circuit Court of Appeals regarding a military divorce retirement issue allowing the ex wife to obtain her share of the military retirement according to the prior settlement.  That case involved:
A community property judgment rendered pursuant to a stipulation between former husband and wife as to allocation of the husband’s military benefits which included Combat Related Special Compensation (CRSC). The husband argued that the trial court lacked subject matter jurisdiction to partition military disability benefits as part of the community. The husband also claimed that the stipulation between the parties read on the record and the subsequent judgment rendered are inconsistent such that the judgment should be corrected to reflect the true intent of the parties as reflected in the stipulation. The Trial Court Judge Beasley held that the court had jurisdiction to enforce its ruling based on the husband’s personal appearance and the judgment had been signed by the husband’s attorney. The Trial Court ruled that the change sought in the wording of the judgment was a substantial change and could not be corrected after it had become final.  The Third Circuit quoted the Trial Court and affirmed the ruling as follows:

Here, the subject judgment Mr. Ast seeks to be “reformed” was signed and made an order of court on March 24, 2009. Further, it was approved as to form and content by all counsel at the time. Mr. Ast had until April 2, 2009, to move for a new trial, until May 2, 2009, to move for suspensive appeal, and until June 2, 2009, to move for devolutive appeal. La.Code Civ.P. arts. 1974, 2123, 2087. The court notes that Mr. Ast had seventy days—from March 24 to June 1—in which to read the subject consent judgment and utilize the slowly evaporating procedural remedies available to him. In addition, any fault rests solely with Mr. Ast for not only failing to read the judgment and jump into action, but also for allowing his attorney to sign it in approval as to form and content [18]  before it was submitted to the court for signature. Given the years of silence and Mr. Ast’s approval via his counsel’s signature, the court is at a loss to discern a more presumptively accurate consent judgment. As found in Crawford [49,059 (La.App. 2 Cir. 5/14/14), 139 So.3d 1113], this court is similarly without authority to supply procedural steps that Mr. Ast failed to take.
Ast v. Ast, 162 So. 3d 720, 727 (La.App. 3 Cir. 2015).David Hesser also spoke at the National Business Institute seminar in Shreveport, Louisiana discussing military divorce issues.  He covered military retirement issues in great detail including issues of disability pay, CRSC and CRDP. If you have a military retirement issues please contact Hesser & Flynn. If you are unable to afford an attorney we may consider taking your case on a contingency basis to divide the military retirement, provided that you are already divorced.
At the NBI seminar David Hesser discussed significant Louisiana cases regarding military disability such as: Poullard
v. Poullard, 780 So. 2d 498, 500 (La. App. 3 Cir. Jan. 31, 2001), Brouillette v. Brouillette, 51 So. 3d 898, (La. App. 3 Cir. 2010) and how The Uniformed Services Former Spouses Protection
Act (10 U.S.C. 1408) was enacted to overturn McCarty v. McCarty, 453 U.S. 210, 69 L. Ed. 2d 589, 101 S. Ct. 2728
(1981).  Mr. Hesser has developed a clear legal analysis to seek a share of disability type pay and how to defend claims seeking disability type pay.  Please contact us for more details.

These protections can play a large part in protecting the family when a military member is deployed. 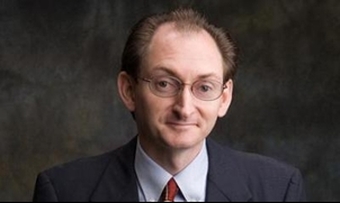